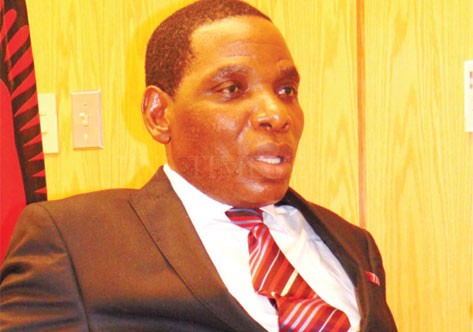 Minister of Industry and Trade, Joseph Mwanamvekha said the prospective launch of a tripartite free trade area for southern and east African countries will bring to rest calls from some stakeholders that Malawi should choose one trading bloc to belong between Sadc and Comesa.

Mwanamvekha said in an interview that the prospective grand bloc means the Malawi government will no longer be asked to make a decision on which one to belong over concerns that overlapping membership was creating confusion.

Under the current blocs, for example, Zambia, Zimbabwe, Malawi, Mauritius belong to both Comesa and SADC, while Kenya, Uganda, Rwanda, and Burundi belong to both EAC and Comesa.

He said after the launch of the grand trade area in June, movement of goods within the defined areas will be free for imports or exports without duty charges.

Mwanamvekha said negotiations are at an advanced stage and that Heads of States from the 26 member countries are expected to meet in Egypt to discuss intricate details of the agreement.

He said under the grand tripartite free trade area, the three blocs will harmonize non-tariff rules as well as rules of origin.

Mwanamvekha, however, admitted that the establishment of the new bloc will bring with it some challenges such as competition amongst participating nations.

“Countries with improved industries and strong economies will have to compete on the same level with those with advanced industries, a situation that may leave the underdeveloped nations at a disadvantage,” said Mwanamvekha.

“But this should be up to the individual nations and their local companies to produce competitive products, those that should sell and bring profits to their countries by making use of the free trade area” he said.

For Malawi, Mwanamvekha says the government has engaged the Public Private Partnership Dialogue to see how best Malawi can benefit and make full use of the opportunities without having its industries lose out.

The Tripartite FT, which was initially slated for completion in 2016, is expected to benefit 600 million people in 26 African countries – half of the African Union (AU) members with a combined domestic product of about US$1 trillion, creating Africa’s largest integrated market so far.