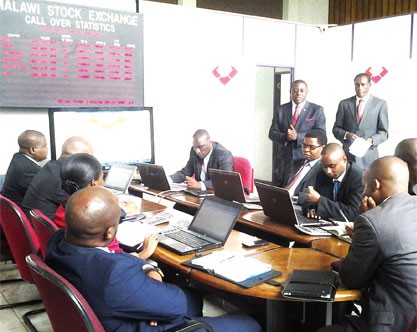 Trading during the first quarter of 2015 has generally been on the decline in both value and volumes on the Malawi Stock Exchange (MSE) but investors saw an increase in earnings per share on the bourse.

A market performance report for the quarter released by MSE this week shows that despite reduced trading on the stock market, investors are enjoying good earnings with a return on index of 3.21 percent higher than 2.01 percent registered in first quarter 2014.

“The good returns are a result of demand on most counters,” reads part of the report.

During the period under review, the market also registered a decline in daily average trading with volumes registered at around 652,255 shares compared to 790,754 shares in 2014.