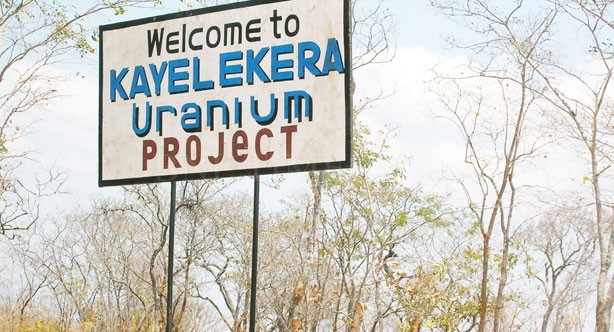 The bank has since advised that the re-opening of the Kayelekera Uranium mine in Karonga should still be put on hold until the price outlook improves.

“Whether or not the mine at Kayelekera eventually resumes operations will depend primarily on future prospects for global uranium prices, for which the immediate outlook is uncertain” reads part of the World Bank’s first ever bi-annual economic monitoring report for Malawi.

It says if the global market continues offering lower prices of uranium than expected, reopening of the Kayelekera Mine should be put on hold.

Secretary for Natural Resources, Energy and Mining, Ben Botolo, says it is difficult to predict outright about Malawi’s future on uranium since prices fluctuate from time to time.

“We remain optimism on the rebounding of the mining business once global prices stabilize. Malawi has been adversely affected by the closure of Kayelekera,” said Botolo.

Paladin Africa, the uranium mining company in Karonga, suspended mining of the uranium ore in 2014 due to poor prices on the global market.

At the time of closure, global prices had gone down to US$36 from US$51 per pound at the time of inception, posing a major setback to Paladin Africa which had invested at Kayerekera on the premise that the prices will be above US$70 per pound for a break even in the business.

Meanwhile, the World Bank says despite government’s efforts of diversifying to mining as key export commodity, the country’s lack of improved energy infrastructure and a more predictable and consistent regulatory framework for mining operations poses a challenge to attract new investments in the industry.

Kayelekera, says the World Bank, is highly sensitive to prices and that the lack of access to cost effective and reliable grid sources of electricity and the resultant dependency on diesel generators erodes its competitiveness in the business.