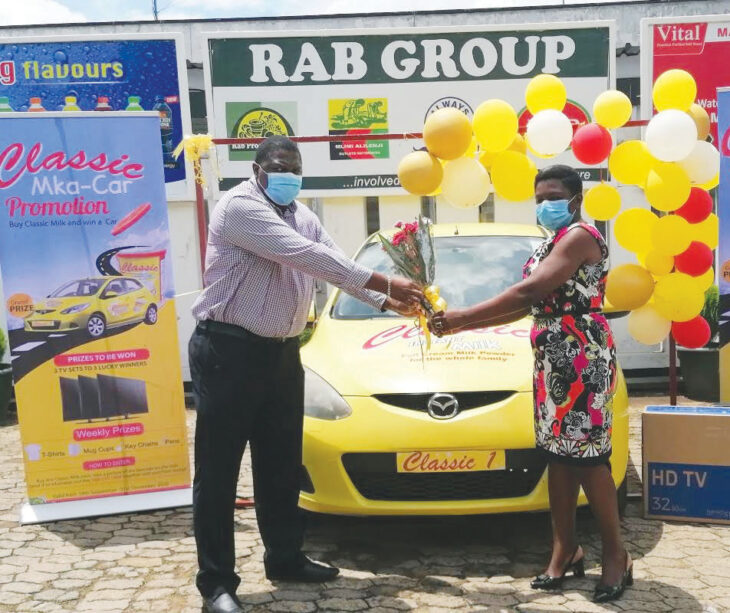 Through the promotion, customers were required to buy Classic Milk, a product of the company which specialises in value addition and trading of locally grown produce.

In an interview after receiving the car, Mwalwanda disclosed that she had bought the milk 13 times since the start of the promotion.

“It is a huge blessing for me, someone who bought milk 13 times to win a brand new car. I am extremely happy and unable to fully express my joy and gratitude to the company. I will not sell the car as I plan to use it for my day-to-day activities,” she said.

On his part, communications manager at Rab Processors, Andrew Lulker, said the Mka- Car Promotion was a way of giving back to loyal customers of the Classic Milk brand.

“We chose the winner through a system-based draw. The media and other staff members bore witness to the draw and that is how Mwalwanda emerged a winner of the brand new car. Our main aim of the promotion was to reward our loyal customers,” Lulker said.

The Mka-Car promotion started in September and ended in December last year.

Rab Processors, through the promotion, has also given television sets to three other lucky winners.

The company also gave away T-shirts, mug cups, key chains and pens every week since the start of the promotion.