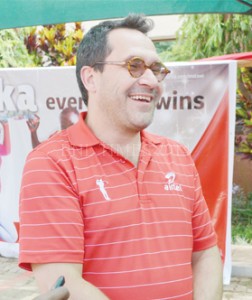 Airtel Malawi on Friday launched Airtel Money ‘Zatheka’ promotion under which the company will provide customers and agents with different packages of goodies during the forthcoming Christmas festive season.

Airtel Malawi Managing Director Heiko Schlittke said the company has decided to launch the promotion to thank its customers and agencies who have contributed to the success of its operations during the year.

“The success of our mobile banking products and services is attributed to the agents and customers and this is their way of thanking them by spoiling them with an early festive treat,” said Schlittke.

He described the relationship that exists between the company on one side and the customers and agents on the other as very crucial.

To enter the promotion, an agent has to facilitate a K1,000 registration or transactions and stand to win prizes such as deep freezers, mountain bikes and Airtel branded merchandise.

For customers, a K1,000 transaction would enable them stand a chance to win Samsung Galaxy S3, fertiliser bags and groceries among others.

“In this festive season, we would like to emphasise that with Airtel Money, you can stand up with exceptional possibilities that add colour to your life of instant mobile bank solutions,” said Schlittke.