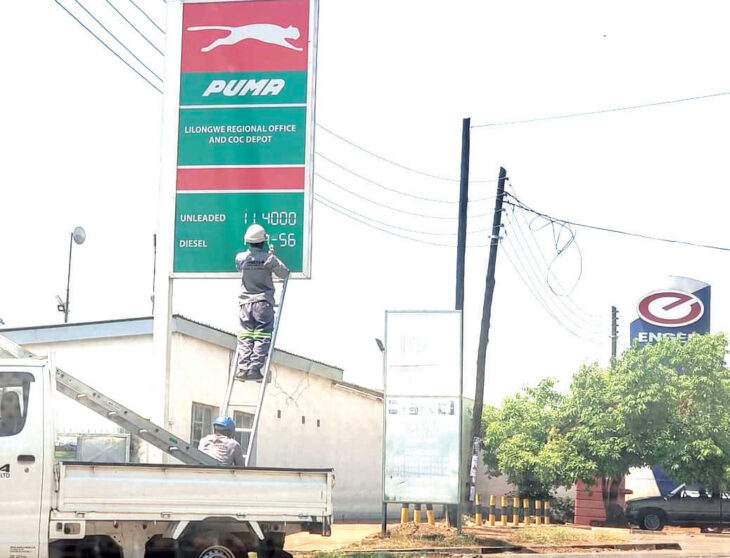 Sunday’s decision by the Malawi Energy Regulatory Authority (Mera) to effect a 22.8 percent hike on fuel prices might have already attracted mixed reactions from the market.

Most commentators, especially economic experts and consumer rights activists, feel the option would have lasting repercussions on buying power and economic growth prospects; especially that fuel price weighs heavily in the non-food component of the Consumer Price Index, a basket for computing inflation.

But some circles propagate the view that the move was seen coming, as, in the past six months, the price of the commodity remained stable in the country, albeit continued skyrocketing on the international market.

At a time all other factors— including the Kwacha losing ground against other currencies coupled with a depleted Price Stabilisation Fund—pointed to a possible hike of the commodity, consumers were still cushioned.

“Demand has been rising in recent months as economies around the world have started to reopen, pushing world oil prices upwards,” Kachaje said.

For over a year now, global oil prices have been skyrocketing as industrial output surged while economies eased on Covid restrictions.

At end of September, according to international media reports, oil prices climbed above $80 a barrel, hitting their highest level in three years.

Analysts believe the prices would continue to rise amid surging demand and low supplies.

This came as global economies opened up in the wake of easing of Covid pandemic cases, thanks to the intensified vaccination drive coupled with other measures deployed by nations and organisations to contain the pandemic.

Many countries were still facing a rise in fuel prices on the tight supply and average price of gasoline, which $1.20 per litre.

In the region, prices for the commodity have also remained elevated, seen between $1.06 and $1.41.

Desk research show that while Malawi had the highest price of petrol at K1150.00 compared to region peers, the gap with the next highest country, Zimbabwe, was not as yawning as it was seen at K1,138.25.

Needless to say, Malawi remains a net-importer with most of the commodities ferried into the country through the road network which is deemed as costly compared to other mode of transport. This could by all means feed into the elevated price.

The move, as seen by some local experts, is still a delicate balance where the government is seen to be walking on a tight rope, attempting to balance between sustained inflows of fuel—the economy’s bloodline—into the country and containing possible inflationary pressure—a key indicator for growth.

The fuel stabilisation fund looking thin, the Kwacha losing ground against the dollar coupled with elevated international prices, the country remains on a tight corner.

Local unit, the Kwacha continued losing grip on major trading currencies including the United States (US) Dollar, the Euro, and the South African Rand as demand for forex remained elevated.

As at Friday last week, the Kwacha was trading at K824 to a dollar from K823 the previous week.

The trend might have piled intense pressure on fuel prices.

While the hike could be rated as biggest in recent years, with possible and myriad effects on consumers, it remains a wakeup call for Malawi to relook at some key dynamics.

While it remains a foregone conclusion that there is little, or probably nothing, Malawi could do to reverse the situation in the interim, considering its state of being landlocked and a net-importer, the country would still have to take some drastic measures in the long-run.

Remedies still revolve around reshaping the economic base which would require putting in monetary policy stance that could safeguard the Kwacha from existing pressure.

It would still take taming the existing mismatches of forex demand and supply by enhancing production while taming our insatiable appetite for imports.

Further, massive investment in the rail-way transport system as a complement of the costly road network is a must as it would help reduce the landed cost of the commodity.

Consumer rights activist John Kapito feels the solution is twofold; putting up a pipeline to ease fuel haulage pressure and removing some levies to give the consumer a sigh of relief.

“The cost of fuel remains high because of other factors beyond international market prices. We need to put in place measures that would ensure an ease in cost of transportation and find ways of removing some of the levies that have made the commodity costly,” Kapito said.