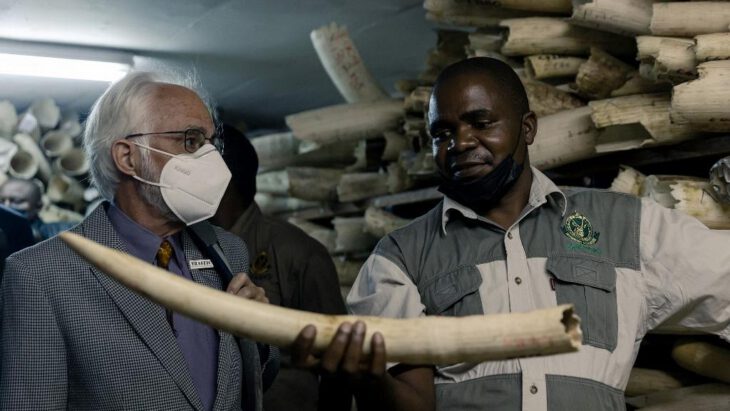 Zimbabwe which has about 100,000 elephants and a stockpile of  ivory worth U$600 million (over K600 billion) wants legal  international ivory trade to be reopened.

Trade of ivory has been banned for 30 years under the Convention on International Trade in Endangered Species of Wild Fauna and Flora (CITES) but exceptional sales were authorized in 1999 and 2008.

Zimbabwe is seeking international support to be allowed to sell its 130 tons of ivory.

To lobby support, the country held a conference which was attended by pro-legalization countries like China and Japan, where ivory is highly prized. The Seychelles and Madagascar, which have no elephants on their territory, also sent representatives to the conference attended by 16 countries.

Parks officials in Zimbabwe said the country’s population of elephants is double the carrying capacity of its national parks and the overcrowded elephants are destroying trees and shrubs that are vital for them and other wildlife.

There have also been several cases where people have been killed by elephants.

“It is difficult to find a middle ground. Some people are asking why elephants are being prioritized over their own lives,” said Tourism and Environment Minister Mangaliso Ndhlovu.

Botswana has the world’s largest elephant population with more than 130,000 and together, Zimbabwe and Botswana have nearly 50% of the world’s elephants.

The two countries argue that they are ill-equipped to deal with poachers without the money from ivory sales, especially because earnings from tourism have dwindled due to COVID-19 related travel restrictions.

However, Kenya and other members of the African Elephant Coalition, whose 32 members are mostly East and West African countries that have fewer elephants, have argued that legalising would lead to increased poaching.

Wildlife and animal rights organizations have also opposed the move saying: “The conference sends a dangerous signal to poachers and criminal organisations that elephants are commodities and that the ivory trade could resume, thereby increasing the threat to the species.”