Home » Malawi Labour, Skills & Innovation » Why Is Getting A Job In Malawi Difficult For The Youth? 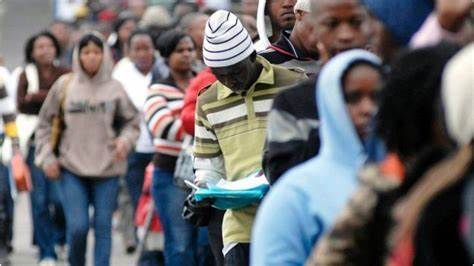 There has been a dynamic movement of labor in Malawi in recent years. The role that youth have played in these changes are evidenced based on the employment patterns that a process of structural transformation in the economy of Malawi. A research from a three nationality representative household surveys for Malawi conducted between 2004 and 2016, found very little evidence in the data of a structural transformation in Malawi’s economy or of youth being in the vanguard of any shifts in the pattern of employment. Malawi has one of the youngest age structures in the world with 45.5 percent of its population being under the age of 15 years, and 35.7 percent being between 15 and 35 years of age (NSO 2011a). Malawi’s youth more especially females are getting an education, from projects such as Bring Her Back to School and the free primary education project. The years of study completed by youth between 15 to 24 years of age increased from 5.0 years in 1998 to 7.3 years in 2016. This indicates that more and more Malawians, especially the young people after getting an education will start seeking sustainable livelihoods and brighter futures for themselves. A question you could be asking could be,” how does Malawi’s labor force help to support the growing need of employment by the YOUTH?”

EMPLOYMENT FOR THE YOUTH IN MALAWI

A notable principal investment that the government of Malawi made was to enable youth to obtain good jobs so that they are able to meet the needs of their household needs through education. One of the first actions of the Muluzi administration when voted into power under the new multi-party electoral dispensation in Malawi in 1994 was to provide free primary education. This program is still in place. While politically it has proven extremely popular, the free primary education program has been subject to continual criticism since its launch for the poor quality of education provided using existing facilities to teach the large numbers of new students enrolling. In addition, the government and development partners have invested in teacher training and in building classrooms over the past 20 years.

However, a comprehensive assessment of Malawi’s educational system in 2010 found that the quality of education provided was still poor overall.  There are still are few high-quality jobs in Malawi which well-trained Malawians can use their skills productively. The assessment indicated that the quality of education was still poor due to large numbers of primary students repeating classes or dropping out (World Bank 2010).Moreover, there is a close association between educational attainment and household wealth – 82 percent of students in tertiary institutions in Malawi come from households in the richest socio-economic quintile (Mambo et al. 2016). However, despite the inefficiencies in implementation, the free primary education program has resulted in improved educational outcomes. Tracer studies done as part of the World Bank 2010 study demonstrated strong social returns (e.g., improvements in social behaviors and health outcomes), particularly for primary education. Private financial returns to education in Malawi obtained through the labor market also were found to be significant at all levels of education, but being especially large at higher levels of educational attainment (World Bank 2010, ch. 8).

Malawi’s context, since the country’s underdeveloped labor markets makes it quite it difficult to actively seek work. More importantly, with broad access to small plots of agricultural land through the dominant customary land tenure system, most individuals can engage in farming to provide for some of their basic subsistence. However, given the small agricultural landholdings and the strongly seasonal pattern of rain-fed agricultural production, they are unable to farm full-time at a scale sufficient to meet all their welfare needs. In consequence, there is significant underemployment.  As has been recognized for many generations, education remains a powerful means to achieving economic well being in Malawi.

However, despite continuing public investment to improve the education system, coupled with significant resources allocated to efforts to increase the productivity for economic growth over the past 15 years, even though there is yet little evidence to show that there has been any growth in employment. In most developing countries, including Malawi, youth have the greatest opportunities for entering the work force through informal employment, something they do generally with ambitions to obtain formal employment as soon as possible (ILO 2015).  However, without significant changes in how livelihoods are obtained by Malawians, it is difficult today to see a bright economic future for the country but there is need for greater economic growth. When there is growth in paid employment in an economy does not match the increase in the labor force, self-employment is an alternative to a majority of job seekers as a source of livelihood. Stated differently, people in self-employment are those who are either employers or own-account workers.

Based on a study done on Malawi’s GDP in 2013, self-employment contributes to 55 percent of the total employment. Women are more likely than men to be involved in self-employment. There are variations in the level of self-employment by residence, region and educational level. It turns out that the agricultural sector is the largest employer of workers in Malawi and that this sector contributes 28 percent of GDP. It is curious to observe that the finance, real estate and business sector has basically no employment, but create up to 17 percent of GDP share. Based on the GDP per sector it is noteworthy to mention that the finance, transport, trade and construction sectors have experienced increases from youth employment while the manufacturing and agricultural sectors have declined in the period from 2010 to 2013.

In conclusion, evolution of the labour market in Malawi has demonstrated very limited improvements. Many countries in Africa are experiencing rising middle-classes, but this is not happening the same way in Malawi: Nine out of ten (88 percent) of workers have been stalled as working poor. There has basically not been any new approved labor market related legislations in recent years in Malawi. Although, the freedom of association and the right to collective bargaining is respected, the International Trade Union Confederation (ITUC) has registered flaws with reference to the legal framework.

On the positive side, sources have not registered any cases of violations of trade union rights in recent years. Unemployment is common in Malawi. Following the definition of unemployment used in the analysis of the 2013 Labor Force Survey for Malawi, any individual of working age in the survey sample who reported not having work over the past four weeks, but who was actively looking for work, was categorized as unemployed. Such individuals in the sample were categorized as unemployed for the analysis that was being done.

The solution is simple and straight to point, the government has to initiate a different department that specifically deals with youth unemployment and give it enough capital(funds) for the youth to loan/borrow money in order to finance their businesses, ideas and innovations.

We have a lot of smart, capable and willing youth with certificates, degrees etc but they are forced to just sit at home, drink overpriced calsberg beers, wasting money literally daily for a bottle of Malawi Gin so that they can temporarily escape their troubles etc, you can find plenty of them and ask them yourselves if you visit places like Bwandilo in Lilongwe during the day or night. It’s that bad.

So the government is once again called upon to be the one to start a push to help our youth. The government needs to make policies that force companies in Malawi including international NGOs to offer paid training, paid internships to the youth, no debate about it, it must be done. These NGOs make more money here in Malawi hence why they want to stay here, many of them are making profits yet no one is investigating how or why, but all we know is their CEOs are all from the originating countries of the NGOs and they are all living “the good life”. We have to start sharing that good life with the youth by any means necessary of this country will not develop any time soon.

The government must also push for more tech related jobs, we should be looking at countries like Rwanda, South Africa, Kenya and even India. We can become another tech-hub with if we engage the likes of Macra to help lower data costs so the youth can actually afford to get on the internet, stream educational material on YouTube without worrying about data running out. Education is important and Macra needs to know that the internet is the best and fastest way the youth are learning new skills.

The government, once again, has to also push for a semi-industrialization. We need to start manufacturing things locally and this would mean going against the World Trade Organizations, IMF and other various international organizations that might shoot down this idea for their own selfish reasons but it must be done asap. We do not have time to waste.