Home » Malawi Health » Why Does Malawi Fail To Improve Its Health Services? 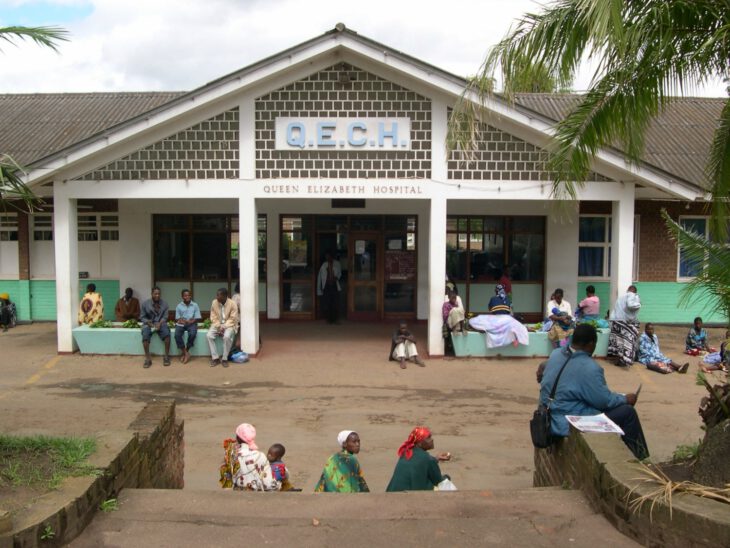 A number of research conducted in Malawi’s health care service have shown low or very poor performance in Human resources thus, the recruitment, deployment, promotions and legislation of health personnel. The poor maintenance of Infrastructure, not adhering to Procurement procedures and Inventory are problems that have also been highlighted.  In most of the ordinary hospitals the nurses spend their time walking rather than caring for the patient. The provision of Care in most of the hospitals has been very unhygienic that causes thousands of preventable infections. The Failure to keep operating rooms clean, for example and failure of staff to wash hands between patients is another unhygienic practice.

What triggers the poor quality of health management in Malawi?

The second trigger to poor health management is staffing shortages which create patient safety vulnerabilities and force even conscientious health care professionals, in some circumstances, to forego basic necessities such as hand washing in order to meet urgent patient care needs.  It is problems such as these that set the stage for the types of serious and deplorable outbreaks of nosocomial (hospital acquired) infections.

On the same, low medicine supplies is another trigger and to address this problem the Primary Health Care (PHC) Essential Medicines project was launched in January 2012 to meet the essential health commodity stock out and under supply of emergency services in Malawi.  The project supplies standardized kits of essential medicines and supplies on a monthly basis to over 620 Ministry of Health (MOH) and Christian Health Association of Malawi (CHAM) facilities in all of Malawi’s 28 districts through a parallel supply chain.

The project was coordinated by UNICEF under a multi-partner project approach. PHC Project partners included the MOH, the Pharmacy, Medicines and Poisons Board (PMPB), the Central Medical Stores Trust (CMST), international donors, and John Snow Inc. (JSI), who oversaw the warehousing and distribution planning for the kits. Although the project received a total of USD39M1 in funding from the governments of the United Kingdom, through DFID, Norway, through the Royal Norwegian Embassy in Malawi, and Germany, through KfW there still.

The project was designed to be implemented from January 2012 to June 2013. It was then extended to the fourth quarter of 2013 in order to distribute the remaining kits and supplies. The last full distribution during this phase of the project took place in September 2013, with partial deliveries continuing into October 2013. Communication and coordination challenges were experienced with CHAM facilities as many facilities believed that the kits were free. As a result of the standardization of the kit contents and their quantities, over and under stocks were experienced with 75% of recipient facilities reporting some level of product redistribution to mitigate expires. However, there were relatively few expiries experienced during its implementation. Two major in-country distribution delays were experienced. The first in April 2012, due to vendor delays, and the second in June 2012, due to the delays in the Beira corridor and the relocation of the UNICEF warehouse in Copenhagen.

NOTE: We should really put more pressure on the Ministry of Health in Malawi to do better. Even their web site is not updated at the time of this post.

The existing Health Information Systems were unnecessarily fragmented and not capable of generating quality information at the time they are needed. Efforts were underway, for harmonizing and synthesizing various data-management systems in the entire health sector. Despite those concerted efforts of key stakeholders, the health sector continues to face challenges in the areas of data collection, data analysis, information dissemination, and information use.  The problems with regard to data accuracy, timelines of reporting, analysis, and completeness continue to exist. The MOH and its partners have realized that our existing policies related to the management of health information systems are inadequate to address these issues and problems. As a way forward, the existing policies have been revised into a complete new policy that will guide the implementation of Health Information Systems in the country. The development of this policy was guided by the main principle of “information for action, action for improving efficiency, quality, and equitable coverage.

Overall, the PHC project was also found to be effectively and efficiently implemented.  The rapid planning and launch of the project was particularly notable, given the national scope and complexity of the project. The project demonstrated a high degree of project visibility as demonstrated by routine coordination meetings, regular PMPB product quality reporting, as well as the continuous independent monitoring of the project’s implementation. The project achieved a high degree of inventory and supply chain visibility in particular, as demonstrated by monthly distribution summaries, the complete accountability of PODs, as well as the immediate identification of an incidence of theft in 2012. A total of 88% of the health facilities said that the PHC kits met their overall delivery expectations. In general about 69% of the sites said the deliveries occurred within one week of their expectations.

Last but certainly not least, a huge portion of the blame falls on the governance environment in Malawi. For the past few years, since late president’s Bingu’s untimely death, Malawi Governance has been quite negative in recent years, especially in terms of government effectiveness, regulatory quality, control of corruption, and rule of law. The country has been struggling with political stability, but there has been some small improvement.

Monitoring is abroad term describing the active collection, verification, and immediate use of information to address human rights problems. Human rights monitoring includes gathering information about incidents, observing health crisis events, visiting sites such as places of detention and refugee camps, discussions with Government authorities to obtain information and to pursue remedies, and other immediate follow-up. The term includes evaluation activities by the United Nations as well as fact gathering first hand and other work in the hospitals. In addition, the draw back to monitoring is that it generally takes place over a protracted period of time. The major focus of United Nations monitoring is on carrying out investigations and subsequently denouncing human rights violations as a means of fighting inhumane practices.

Human rights are commonly understood as being those rights which are inherent to the human being. The concept of human rights acknowledges that every single human being is entitled to enjoy his or her human rights without distinction as to race, color, sex, language, religion, political or other opinion, national or social origin, property, birth or other status.  The Universal Declaration of Human Rights consists of a Preamble and 30 articles, setting out the human rights and fundamental freedoms to which all men and women are entitled, without distinction of any kind. The Universal Declaration recognizes that the inherent dignity of all members of the human family is the foundation of freedom, justice and peace in the world. It recognizes fundamental rights which are the inherent rights of every human being including, the right to life, liberty and security of person; the right to an adequate standard of living; the right to seek and enjoy asylum from persecution in other countries; the right to freedom of opinion.

You might also enjoy reading about why Malawi’s pathetic roads are slowing down development and How to improve Mental Health Services in Malawi.