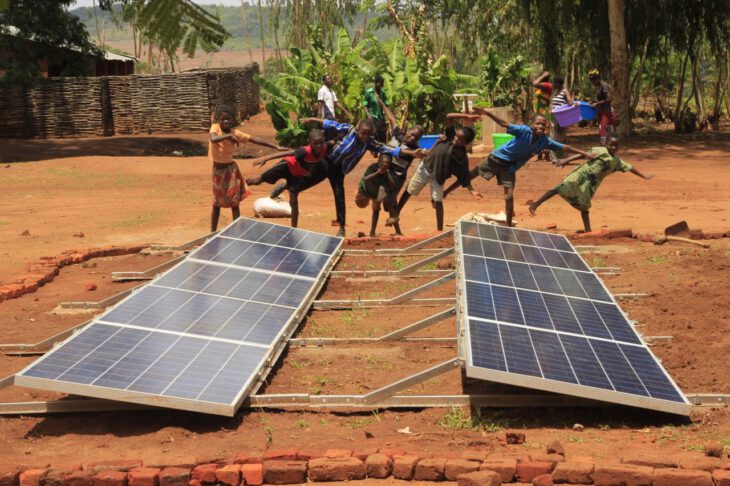 Installed generation capacity as of November 2018 is 417 megawatts (362.8 megawatts being hydro and 54.15 megawatts from diesel generators run by the Energy Generation Company (EGENCO) Limited) against a peak demand of over 470 megawatts. The main source of electricity is hydropower which generates nearly 90 % of the power in this country. The country has committed to achieving “Sustainable Energy for All”, as enshrined in Sustainable Development Goal (SDG) number 7. Energy is a means to an end; it provides a platform for social and economic development, and a pathway for achieving many of the other SDGs.

The third Malawian Growth and Development Strategy (MGDS III) recognizes this central role of energy, citing it as “the lifeblood of the economy”, and laying out a goal to “provide sufficient sustainable energy for industrial and socio-economic development”. Improved access to reliable and sustainable energy supply is one of the core outcomes the MGDS III seeks to achieve. Malawi has three of the four power generating stations which are situated along the Shire River in the southern region of the country. Apart from the low energy generation capacity, there is also a problem of insufficient transmission and distribution facilities. As a result of all these problems, the country faces frequent power outages rendering economic and social development difficult.

Two other natural challenges have emerged in the sector, namely:

In terms of the environment, modern energy services can drastically reduce reliance on wood fuel and begin to tackle the widespread deforestation which is causing massive environmental damage across the country and contributing to climate change. Renewables are the only energy option which can achieve these aims without producing hazardous and polluting emissions. Given these benefits, and the cost and impacts of continuing to source energy from environmentally and socially damaging sources, the time to act to increase renewable energy across Malawi is now.  However, the ordinary Malawian continues to cut down tresses for firewood and industries clear land for infrastructural development without planting more trees to replace those they cut down.

In addition, the energy sector has proved to be a source of revenue for the Malawi Government in the form of royalties, taxes, among others. Its production and distribution industries provide a livelihood to thousands of people who are employed therein. Although the electricity supply corporation collects many funds, the funds are misused and have not been used to improve the services being offered to customers such as the faults response which takes forever to attend to crucial reported cases.

On the same, planning is essential in formulating policies for, and investing in energy; but the approach to it is changing rapidly because of change of government leadership and appointments into these public offices. This challenges the delivery of energy services from the growing national demand and national response over environmental concerns, particularly the adverse effects of greenhouse gas (GHG) emissions on the global climate.

One effect of these contributing developments has been a change in the meaning of, and approach to, energy planning. It can no longer be a matter of central government calculating energy demand and then determining the investment needed to meet it. Energy planning now needs market liberalization to create competition for the existing electricity supply corporation to meet the demand of electricity. With increase in electricity shortage, macro-economic loss accelerates, due to the rigid demand for energy, as Malawi is currently in the stage of industrialization and urbanization.

How to improve electricity supply in Malawi

In conclusion, the closure of big investment companies is a negative impact on the economic development and this is due electricity shortage in the Country. The possible solutions would be securing the capacity of hydropower generation facilities as this will help to increase Malawi’s power generation. Another rehabilitation and upgrade of transmission and distribution facilities in urban area to stabilize electric power supply and reducing transmission loss which also result in contributing to improvement of ESCOM’s and EGENCO’s service delivery.