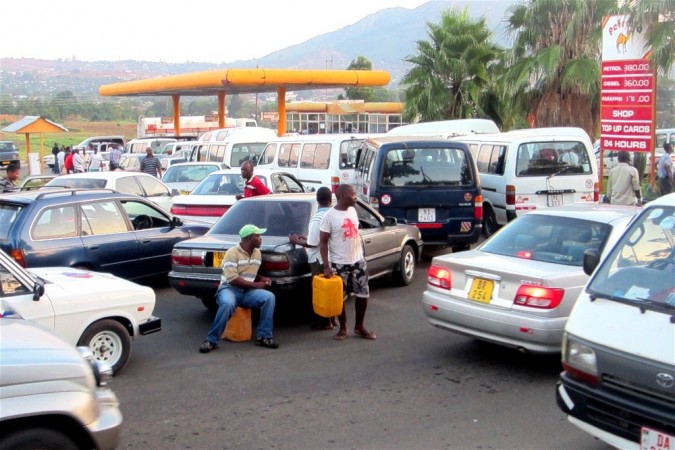 Panic-stricken consumers are tightening their seatbelts in readiness for prospective tough times ahead as fuel prices went up yesterday. Malawi Energy Regulatory Authority’s announcement of the upward adjustment of fuel prices will inevitably lead to the hiking of goods prices many believe. This is what happens every time such a development takes place. Bicycle taxis become expensive to hire too.

Ironically, this is coming at a time when civil servants were celebrating their average 45 percent salary increment. It is the biblical Egypt and its seven years of wealth that preceded seven of famine. The faces that glittered last week have turned gloomy overnight. The talk is that of discontent everywhere. It appears they just don’t know how to intensify the anger and make everyone else angry.

For petrol, motorists will have to pump in a little more than the K796.20 per litre: it’s now K856.70. Diesel has gone up to K865.90 per litre from K805.50 and the once-a-force to reckon with paraffin will cost users K756.10 per litre. This is a significant rise from its previous pricing, K719.30 per litre. MERA has attributed this to the Kwacha’s crumble in the face of the United States dollar’s value.

It is from the social media where one gets the immediate emotional pain of consumers through their numerous sentiments expressed through words. Some accuse bootlickers of killing the nation by applauding the regime that be whenever fuel prices go down and then recoiling into hibernation when things go the MERA way. This comes at the back of enormous praise the new government got after prices of the same went down a month or so back.

They can never be blamed for their thinking. The blame is being placed on the automatic fuel pricing and floatation of the Kwacha as per the propagation of some multinational corporations that came some time back in the name of helping the reeling economy recover.
The poor villager is always the victim on all sides. Consumer rights activists will always say the poor are being massacred. The policies introduced by the IMF in reality don’t help uplift the nation from the ages-old poverty. Those praying for a government’s downfall find content for their palavers too.

The heat that comes with increased fuel prices leaves no skin less scorched. The man with a fleet of cars worries. The man watering his garden in the remotest part of the country worries too. Food prices go up. Prices for medical drugs and equipment go up too. Travel costs are hard to be incurred upon one. It is the usual picture of a looming economic genocide.